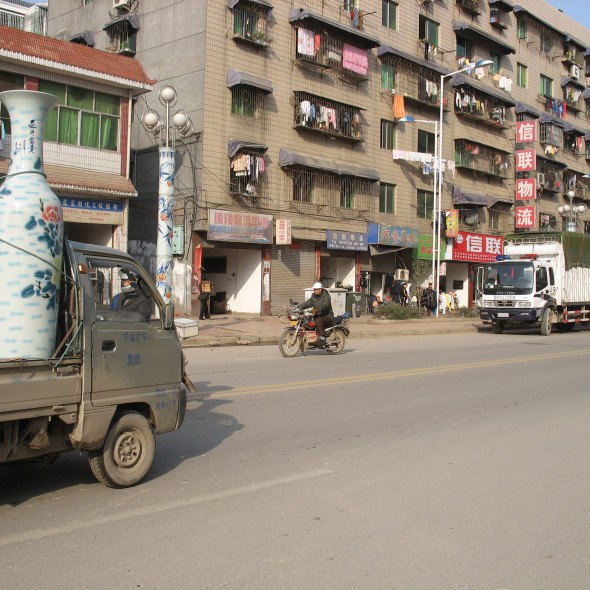 “We as designers should stimulate much more of a dialogue not a monologue with what we do”.

These days, a label with ‘Made in China’ seems to carry the tag, ‘Cheap and Nasty’. In the past, ‘Made in China’ would’ve been a compliment due to the exquisite craftsmanship and detailing found in certain Chinese and Asian goods, for instance in ceramics, wood carving or textiles. People are slightly distrustful if something is made in Asia because the whole idea of producing there was in most cases a cost cutting measure which often resulted in a lesser quality from cutting corners.

However, the current revival in craftsmanship and hand-made design is putting Asia back in a positive light, in particular with cultural cross-over and experimentation where specialization’s and traditional skills from local craftspeople are fused with Western design. Supporters applause the shift into more ethical production while skeptics question the romanticism of using ‘craftsmanship’ to mask cheap labour.

Many in the West view Asia as a big gold mine due to the rapid growth of their economies particularly in China and India. Everyone wants a piece of the pie, and that includes the design industry. Design expertise from the west is a valued commodity from which Asia wants to learn. But is the claim of western know-how and ‘contribution’ an excuse to take advantage of the situation? While it’s important for the east to learn from the west, what’s equally interesting is what can the west learn from the east?

Dutch designers have been busy in Asia in recent years with production, exhibitions and design- business. While some have dabbled their designer feet in Asia, others have launched head first. Some designers who are producing in Asia didn’t want to be featured in this article, others didn’t respond. Judging from current trends particularly in the food industry, where consumers are demanding more transparency in the production process, designers will need to rethink their approach to consider responsibility for their actions. Collaborations in Asia will no doubt continue in the future however it remains a complex and controversial issue, as it has for centuries.

Product designer Judith van den Boom has been working with/in China for the last four years, mainly with ceramics and design. Together with partner Gunter Wehmeyer, they are continually researching more meaningful ways to produce and work in China, in particular with social sustainability. They are in the process of a Slow Design research and teaching project about ‘Slow China’ instead of ‘Fast china’. The designers have much to say on the subject.

“As designers, we believe that we have the responsibility to look beyond the product, customer and its use, and reflect much deeper back to the making, environment and heritage you leave behind where you produce. There is never ‘just producing’ as in one way or another you always step through the whole process of creating your products. The choices you make, concerning material, quality and price are unavoidable. Producing and the choices with this can have a big influence on the resulting work and the market it reaches. In every discipline, it’s not always so much about the outcome but also being able to ask the right questions before you start the process.

A healthy and productive way to produce in China needs to be grounded in a stable connection with local designers, design institutes, universities or social scientists. It’s not about going there, doing a quick sketch, some fast designs and making the big money. You need to invest in working business connections, China is in every possible area built upon relationships or ‘Guanxi’. We as designers should stimulate much more of a dialogue not a monologue with what we do”.